Butthurt (adjective): annoyed, bothered or bugged because of a perceived insult

In Change Your Organization: A Diary, James Shore writes an intriguing account of how he worked as a peon to change his organization from a position of little formal authority. The diary describes an experience that will seem familiar to many programmers and his commentary is often right and valuable. I wish he advised, however, on how not to be so butthurt.

The PM went back to his cube (on the other side of the building). A few minutes later, I got a call:

PM: Those two new issues are absolutely critical. They have to go in to the next drop.
Me: I only have time to do one before I leave. Which one’s most important?
PM: Both are critical. They won’t accept the build if both aren’t in. They have to be in.
Me: Well, I don’t see how that’s possible. I’ve estimated them at two hours each, and I don’t have that much time.
PM: Can you come in on Friday? (Friday is traditionally a holiday.)
Me: No, I’ll be out of town.
PM: Okay, well, they have to be in. Can’t you just do them tonight?
Me: I have to meet someone at the airport. The latest I can leave is 6:30, which doesn’t give me enough time to do both.
PM: It’s critical that these two things be in the drop. Can’t you just come in on Friday?
Me: No, I’ll be out of town.
PM: Who else is qualified to do work on these issues?
Me: Joe or John.
PM: John’s wife just had a baby, and Joe’s going to be at the beach on Friday. If you can’t do these tonight, I’ll have to call John or Joe.
Me: My estimate for these two tasks is four hours. I’ve estimated them in the best way I know how. I don’t see how I can get them done tonight.
PM: Can you come in for just a few hours Friday morning?
Me: I’ll be out of town.
PM: Where?
Me: (My home town, two hours away.)

…
I have some compassion for what our PM was going through. Remember, it was 2002. Jobs were hard to find. The PM was scared.

That still doesn’t excuse [pressuring us to work extra hours]. It didn’t do any good–in fact, I’m sure it hurt performance–and, in my opinion, it was inhumane and unethical.

Shore never quite goes far enough to invoke Godwin’s Law, but “inhumane?” As in “cruel and savage?”  Genocide is inhumane. A manager’s request for overtime hardly qualifies. 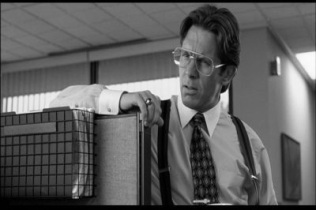 Shore highlights the importance of respect for employees. Were he the manager, he says, he would “be absolutely professional and respectful … avoid placing blame, and focus on their well-being.” Though he does acknowledge this would not have saved the project, the analysis implies that respect is a necessary condition for success.

I think that projects will rarely succeed when executed by an organization lacking internal respect. That common sense seems logical, since resultant infighting and lack of cooperation would tend to decrease efficiency, but the intuition still begs for questioning.

About two minutes into one presentation, Gates had stood up, looked around the room, scowled at the newly arrived product manager, and said, “Where the fuck did we hire you from?” The manager left the meeting in tears and within a week had left the company.

Before arguing that Bill Gates cheated or bargained with Satan remember Linus called Subversion “the most pointless project ever started” (video transcript). Neither man, though successful, could reasonably be described as respectful in these instances. Personal experience, however, still does not allow me to believe that an inherently disrespectful culture can also be efficient and successful.

To resolve the contradiction, it is worth defining respect in an organizational setting. Shore advocates unconditional respect. “Don’t think of others as incompetent,” he says, “Look at problems and think, ‘There must be a reason things are the way they are.'” While sound, this denies the reality that incompetence often really did cause the problems. Second, it appeals only to the degenerate form of respect that implies only tolerance, as in “I disagree but respect your right to use Perl.”

“Civility” would be more accurate. Calling that respect risks a dangerous myopia that sees esteem as a goal unto itself. Explicit encouragement of unconditional respect focuses the group on an unproductive and impossible goal, distracting from productive work.

Simple distraction is not, however, the most harmful consequence of focus on respect for its own sake. True respect, respect that means admiration as well as tolerance cannot be unconditional. Respect must be earned. To advocate freely given respect undermines its meaning and its power as an intrinsic motivator.

Successful managers do respect their employees and foster respect among their employees. This works not because it is moral or ethical but because pursuit of respect motivates. An effective manager indicates a clear path to earning respect and makes that path align with the organization’s goals. Bill Gates knew how; Shore’s project manager did not.

This work is licensed under a Creative Commons Attribution 4.0 International License.

My code on Sourcehut